Living in Bondage the sequel and the Directorial Debut of Ramsey Nouah the experienced and legendary actor was a MASTERPIECE!!! Before I go on to wax lyrically about it let me summarize the movie.

So a young man Nnamdi Okeke; in a bid to make it in life puts in much effort to making it but it seems his best is not good enough. One time he goes home to the East from Lagos to visit his Uncle and Aunt who are taking care of him. He finds out someone in Church Mrs Omego knows something about his father. A topic no one wants to discuss with him. When he brings the topic in the car and promises to go to the Omegos for answers and help. His Uncle suddenly parks the car and warns him against it. He obviously did not listen and went to the Omegos who introduced him to Richard Williams playboy, philanthropist, wealthy mogul (Oshey I stole that line from Iron man). But to be honest Richard played by Ramsey Nouah was a class act and aura could be felt. Anyways back to the story. Nnamdi was pitching an idea to the company and just in time Richard works in and endorses it and pays Nnamdi 50million naira. Nnamdi then heads down and sees a nice sport car and admires it and out of nowhere Richard appears and tells him if he wants to go for a ride, which he obliges and takes the car for a spin. Richard encourages him to increase the speed which he does. In another side of the story a journalist is looking into the riches of Richard, Omegos and everyone attached to them. It seems he is obsessed with the group and the source of their money which he believes is through rituals. He also discovers that Nnamdi looks like the new chap in the group and tries to meet him to no avail. He then traces the history of Nnamdi to his father Andy Okeke, who in the part 1 was in the cult but got saved and now is a Minister of the gospel. He informs him that his child is alive, and he was about to be introduced to the cult. Meanwhile Richard is beginning to pull Nnamdi in and show him the finer things of life. Giving him deals internationally and making him see that life can be beautiful.

Andy Okeke goes to visit Nnamdi in his office one day telling him that Richard is not the good man he thinks he is and that he is into the occultic. Nnamdi dismisses it. He also tells Nnamdi that he is his father but Nnamdi was not having any of it. Nnamdi then travels with Richard, who then ask him if he wanted it all but warns for him to have everything he would need to give something but because of his thirst and greed for wealth he did not heed the warning and agreed. Nnamdi was finally introduced to the cult and initiated {That Initiation part was gehgeh}. Nnamdi thought it was a dream till he saw the scar from the knife that cut him and the tattoo also. He soon forgot all about it and the money started to flow in till he met Kelly at his fellow occultic friends traditional wedding. He fell in love and found out they connected from coming from the same place, to their taste of music and sarcasm. It was beautiful till Nnamdi was told to sacrifice Kelly {choi why is it always what you love the most}. He thought about it long and hard and tried to run away from it but they kept reminding him. When Kelly saw Nnamdi and her ex together she suspected something was amidst and she confronted Nnamdi and then found out they had the same tattoo. She left Nnamdi and went to meet Nnamdi’s father in the Church who Nnamdi talked about in passing one night. Meanwhile before that part. Richard went to visit Andy in the Church, there was a Bible exchange contest which was intriguing, a show of power by Andy too was electrifying {See the man being strangled in the air. It made my Spirit leap for joy}. Then the proposal by Richard for Andy to join them and pledge his loyalty and his church will be made big but Andy rejected and called on the name of Jesus which sent Richard stepping back. With Nnamdi trying to find Kelly to no avail and then finding one of the members committing suicide due to the fact that his daughter that he used for sacrifice kept appearing to him, Nnamdi was fed up and went to see Richard that he wanted out but was bashed thoroughly with words. Later when Toby his cousin came to visit Richard spoke to him in his head and told him to kill Toby instead for the sacrifice. But instead Nnamdi after struggling stabbed himself and then His father Andy and Kelly came in and together with Toby took him to the hospital. The Journalist got a confession from the member that committed suicide on a flash and exposed the group. The others where rounded up but nothing pinpointed to Richard who seemed to evade everything and was seen flying on a private jet while watching the exposé. Nnamdi survived and it sure feels there can be a part III easily if they wanted.

Ramsey Nouah sure outdid himself. Now I totally understand why it was the highest grossing movie in the cinemas when it came out last year. It had everything. The cinematography was faultless. The cars, building, dressing, attention to details was exceptional. The lighting and script were on point. Our culture also shined through and I must say Nigerians are making me proud. Very soon we might see watching Hollywood movies as second option just like in our Music industry. He chose the best actors for the job and the lead character was well handled by that young man I must say. Take a bow Ramsey and co you have made me proud to be called NIGERIAN with this movie. YES, IT IS A FIVE WHAT WOULD IT RATHER BE BEFORE!!!! 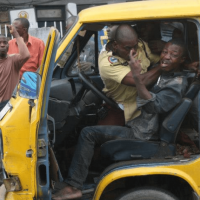 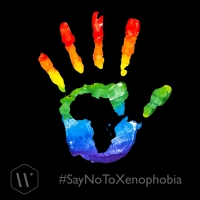 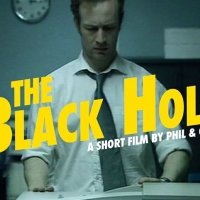 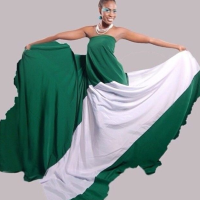