Spiderman: Into the Spiderverse

Spiderman: Into the Spiderverse

This is one Spiderman animation movie I will cherish for a very long time because what is better than one Spiderman? Two Spidermen, let me stop myself there. Actually, Five Spideys. The fact it was all about Miles Morales also made it all the more interesting (Yes, our very own black cool kid with the spider slinging web). Let me get on with it, while skipping the part where someone gets bit by a biologically enhanced spider. They always get bit by a Spider is that not why they are called Spiderman or woman depending on which universe lol.

Miles a brilliant boy resumes in a new school he does not like. He is brilliant but prefers the hood, but his Cop father and doctor mum will not have any of it. Miles is closer to his Uncle though and on the first night in the new school he sneaks out to spend time with his uncle who enjoys his painting and encourages him. While painting on the wall in an abandoned train area, Miles get bitten by a spider (cut! Skip lol).

The next day his power starts to turn up with him not knowing how to handle it and he tries to reach his uncle to no avail also tries his fathers’ number but quickly cuts the line. He eventually goes to where he was bitten only to discover the real Spiderman there fighting the Kingpin and his goons, preventing them from opening a pothole to another universe. Peter Parker or Spiderman senses that Miles also has the spider powers and promises to teach him once he handles the Kingpin. But things go horribly wrong and the pothole is partially open before Spiderman is killed by the Kingpin. He makes Miles promise to use a flash that as the virus to stop the machine from opening other dimensions or universe so as not to destroy the present one they were in. Spiderman is killed and the whole city feels the pain. Miles does not still understand how to use his powers and eventually breaks the flash while trying to master his powers (trust me this scene is funny. Thank me later). He goes to the tomb of Peter Parker only to find Peter B. Parker there (Yes, another Parker), another Spiderman from another Universe, but this one had given up on life, let his body go and was doing badly in his own world. He is brought to this universe and did not have enough time. Miles and Peter B. Parker had to help each other though not comfortable with each other because this new Parker did not like kids and wanted to work alone but Miles also made a promise and wanted to make sure he fulfilled it.

So, they went ahead investigating how to destroy the machine but meeting obstacles and then they finally meet the other Spideys from other universes. They had to work together to save themselves and go back to their world, but one person had to stay behind to insert the flash. Miles volunteered but he had not mastered his powers and the others did not trust him enough to get the job done. But just in time Miles turned up. You go watch the rest…. (I know it hurts but I hate ruin amazing movies lol)

Amazing Animation to be honest and very refreshing. The costume of Miles though ranks very high up amongst Spiderman costumes too. The fact we had to see different version of Spideys do their thing also was cool and Stan Lee playing his customary role, God rest his soul, was refreshing. It is a must see and I rate it a FIVE. Up there amongst cartoon I will watch over and over. 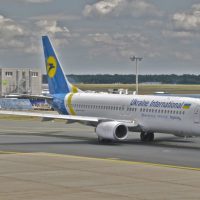 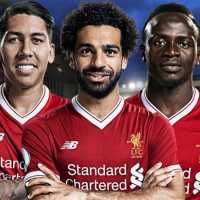