LIVING IN A DYSFUNCTIONAL FAMILY 2 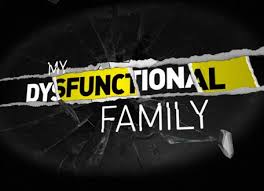 As a result of being neglected, you fear disappointing people. You go to great lengths to maintain your relationship with them. You grow with the belief that if you are nice to them, they won’t abandon you. Consequently, you sacrifice your own needs to please others.

How often do you feel guilt for other peoples’ error? You feel all-too-often it’s your fault when others are upset. This may be as a result of misconception that you are responsible for their feelings. Hence, you want to do anything to make others happy even if it is at your cost.

You are afraid of loneliness. You crave for affection, and when it doesn’t come you feel isolated.

In a dysfunctional family, one or both the parents fail to provide the necessary emotional support to their children. This could be due to the parents being busy elsewhere or neglecting their parental responsibilities. Kids end up spending their childhood in isolation and loneliness and growing up to be emotionally vulnerable.

As a child, you must have tried to meet the expectations of your family. You must have feared failure, and that makes you a perfectionist to the extent that you are obsessed with it.

One or both the parents have unrealistic expectations from their children. The expectation doesn’t end there because they put tremendous pressure on the child to perfect everything that they take up. Such attitude makes the child feel stressed, and they would carry that obsession for perfection into their adulthood.

You take up the responsibility of others while ignoring your needs, thus losing your identity in a gradual process. Some are super-responsible while others are super irresponsible.

You become pessimistic and feel there is something lacking in your life. You judge yourself unmercifully perhaps because you have been judged as a child. You feel tensed even when everything is fine (#hypochondriacs). You worry that something wrong is going to happen. There is no time to relax and when one problem ends, another one seems to crop up.

There is lack of communication and the bare minimum that is there leads to misunderstandings, differences, and mistrust. They have difficult in hearing positive feedback.

They are difficulty in intimate relationship because of frequent emotionally destructive entanglement in such dysfunctional family. They tend to develop roles that further the entanglement, leading invariably to loss of self or identity. The roles “hero, “scapegoat”, or “clown” creates an image to maintain since there’s a loss of real self.  They fear getting close to others for fear of abandonment).

These are some highly cited factors that could encourage dysfunctionality in families:

Parents could hurt their children more by omission than by commission. In most cases, a chronic mental illness or a disabling physical illness may lead to parental inadequacy. Therefore, children tend to take on adult responsibilities from a young age in their families.

Parental emotional needs take precedence and so children are often asked to be their parents’ caretakers. These children are robbed of their own childhood and they learn to ignore their own needs and feeling.

When one or both parents in the family have an addiction to drugs, alcohol, or gambling, they do not care about their responsibilities, including those towards their family. For these people, relationships and love for their children do not matter.

Violence is one of the commonest reasons for the collapse of family structures. Often the other members of the family on the receiving end live in a fear of being physically and emotionally hurt and thus keep a distance from each other. This lack of interaction further pulls them apart.

Money is arguably one of the most important criteria for having a happy family. In Nigeria, we say No Money, No Honey right.

The decay in the financial structure and by extension, the institutions notably in Nigeria is taking its toll on families. In a situation where parents discontinue working or are unable to meet the financial obligations of the family, the inevitable result is a colossal collapse in the family unit around the country.

We sure can’t deny this is a harsh reality in a country where economic depression has come to stay.

The urge of a person to have control on the members of the family vitiates the atmosphere at home. They might unleash tyranny and the others do not have an option but to do what the person tells them to. Such behavior curtails their freedom and makes the members dislike each other. Talk about the brute.

Some parents are over-possessive of their children; they treat them like their personal possessions. Unfortunately, such possessiveness might deprive the child of social skills.

Often parents fail to allow their children to assume responsibilities appropriate for their age. These parents continue dominating and making decision for their children well beyond the age at which this is necessary.

These parents are often driven by fear of becoming betrayed and abandoned when children become independent. Hence, due to this among other aberrations like alcoholism with parents, this lead to abusive relationships in dysfunctional families. The result is that adults from this type of homes may be trapped in a vicious cycle that makes them carbon-copies of their parent.

Yes, this factor is even truer in Nigeria and many poor countries around the world (#the issue of God). Many parents have rigid religious beliefs and hold on tightly more often to an erroneous single story of the world.

They enforce these beliefs on their children. Such actions restrict the environment at home and trust me this is a toxic environment for the kids to grow in. As adults, they may carry on this abnormality.

TO BE CONTINUED TOMORROW…. 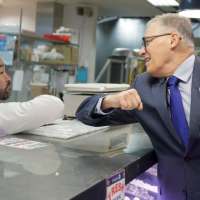 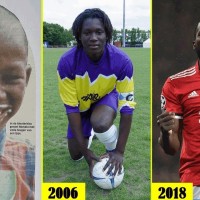 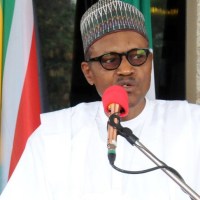 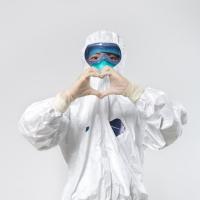