The Blood of our Ancestor

The Blood of our Ancestor Spirits 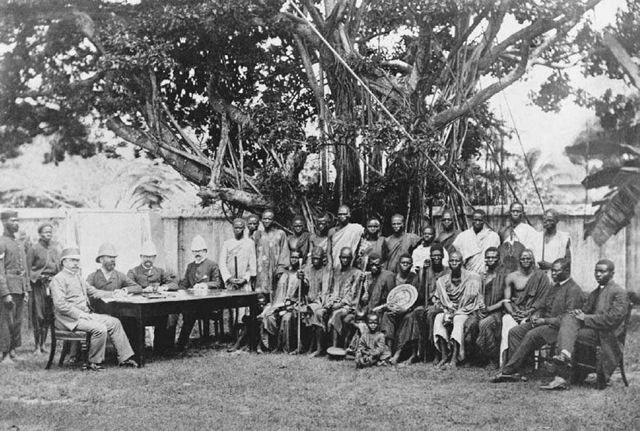 I had traveled several heavens until I was forced into this dark part of the earth where the sun never shines.

I was born in the presence of the celestial spirits of the sky. Bathed by the river bank while the older women labour over my mother in the middle of the cloudless night. I remember, now like then, it was dark, very dark, scary dark I started crying.

The jetty was dead quiet except for the crackling of weak fire and frogs croaking for their lovers.

This place I was told was so named for the abomination it is – THE LAND OF THE WITCHES.I heard there were 36 of them in their coven. They represented the 36 clans in the village, which also was an Island as it was surrounded by more water than hard earth.

For any visitor, one might see an almost disintegrated wooden sign post perched at a corner on the mouth of the riverine lands of my people. It says in an ominously whimsical handwriting – BEWARE! THE WICKEDNESS OF THE LAND.

You might also catch a hazy glimpse of a form, a humanoid in the middle of the waters that flow placidly through the heart of the village.

The humanoid figure is a rock planted there by the gods and a totem to one of the gods I’m told.

The water is known as the river of the witches, there were the gods of the land. The keepers of our aspirations. Nothing goes lost on them. They are the predestinator of our destinies. None of them is bigger than the rest.

Each clan had a god they worship while they gave reverence to the others during their festival of sacrifice.

They lived amidst us in this groove that collects water from the upper villages before dumping into the great raucous salty river. The waters then flows outwards to the horizon and nobody ever knew where it rested. The sacred groove as it is called held the tale of the bloodless intersection of the lands of the mortal and immortal.

The elders say the gods are ever-present with us. They are unobtrusively dressed in the form of the trees, the drifting clouds, the water, the sacred forest animals, the star, moon, the air, the rock. Even the dark sticky blood that slithered in the depth of the black earth.

I remember asking papa after the ninth moon festival since my birth, of why the sky didn’t give light? I had only been used to a faint orange twinkle in the height of the heavens at certain times of the day as it hides demurely behind the silk sable-like clouds.

Papa had replied with a mirthless ha-ha. The land wasn’t always like this, my daughter.

The village was not always like this, shadowy, smog-filled and futile.

It was once like Eden where everything made perfect sense and it was indeed good. The young men, women, even children.

The sky was then, a splash of rainbow colors, the mountain adorned with elemental colors, the green hills alive with wildlife, the forest so enrich we boasted to the other nations. The air was lithe and sweet. The waters gave amazing harvest of aquatic creatures. Some fishes were as large as a full-grown adult human.

In those days, the people, the ancestor spirits and their gods lived together in peaceful harmony. This had happened many centuries until that day.

A day we had since been cursed and have been eating the fruit thereof.

The legend had told of, how the colored tapestry of our lands were being sold off at a worthless meager. Of how we sold our priceless inheritance at the cost of nothing. A masochistic alliance with the Satan himself.

Of how we lost our sun, the source of our hope, our pride and sense, have remained in an abject incurable darkness.

The queen’s men they were called. They had rowed in like frogmen, uncountable as they were. They were men. Men without souls, whose veins coursed blood that was a slick black instead of scarlet red. They had fire in their eye and chugged thick cloud of smoke as they breathe.

Legends told of a sacrilege, an abominable act. These men had come to the village on a festival day in the world of the gods. The humans were at their daily bidding. These men with black blood had met with the leaders of our village. They came bearing gifts and sugar-coated words from their queen.

They had promised more of the gifts. They brought mirror, sugar cane and powder. They used sensual words and seductive phrases as they read out a manifesto that would never come to pass.

Greed prevailed over conscience amongst the people. The leaders of the people. There were factions and camp grew from amidst the people. Initially, the camps wanted to go back to consult with our spirit friends for counsel as it was the tradition for seven days. Yet immediately after the entourage had sojourn to the groove to meet with the spirit leaders. A minority camp rose to take the deal on before the whole village.

These soulless men sold their manifestos to the minority of our leaders at the expense of their kinsmen. The pact somehow included an endless supply of black blood. One of the offspring of the gods. The blood that flowed under the earth, another god totem. Our village men were promised exotic houses, cars, a rain of gems and a seat at the dining table of their queen in exchange their treacherous deed.

A deal had been struck before the majority leader’s came back for their consultation with the heads of the spirit worlds.

There was war amongst the clans. There were agitations and pandemonium over the spoils from the queen’s men. So one by one, the majority leaders were also bought with the seductive gifts of the queen’s men and they soon forgot about their first love, the gods: the custodians of the clans. Their vow of fidelity with the spirits. And worse, they convinced themselves of the cruelty against the spirit people.

The people chimed ‘we don’t need an old school love. We need to move ‘and so they moved.

Next thing, the queen’s men marched into the forests, into the river basins, into the air space.

Night and day they howled like soulless beasts with curved claws and hollow fangs, destroying the very pillar of the denizen’s existence, to be drunken from the dark blood in the earth.

The people were only momentarily excited at the feet of these soulless men.

Then money exchanged hands. Wealth grew but it was cursed blessing. People had needless wealth and gradually the margin of the people’s wealth expanded intractably. This further devalued their bargaining power of their estate. The atmosphere changed. The average rich people slipped to the bottom of the ladder. The yesterday’s very rich could not buy the very basic things again in the ultramodern markets. Only a small group of people had continuous streams of wealth. They were therefore the only ones who were deemed wise. They became the politicians. Their money bought the fame and power. They throw lavish parties in neighbourhoods wafted with shanties. They took all the wealth that was to improve our lives of the villagers to overseas strong rooms.

They built gigantic architecture, bought fast cars and married trophy queens.  They even called themselves fancy names like ‘The G8’ while they label the rest collectively as ‘The Masses’

This new-found wealth soon brought envy, jealousy, hatred, corruption, mendacity and other vices as our village men would do anything to have the queen’s sanctions.

Suddenly, the lynching started; ritualistic killings and even abductions for money ransom. Our cultural life was totally eroded while the presence of the unseen foreign queen continued to loom even greater like wild forest fire. The wealth further brought a breakdown in cultural values and upheld all manner of societal anarchy.

There are no jobs now unlike in those days. The youth have been raped of their future and forced into a kill-or-killed mode. People began losing their dignity, their identity and self-respect for the vain prize of money.

As papa said these words, his eye seem glazed like someone deeply hurt. It took one generation. The dark horse that broke the sacred pact with our gods, the counsel by which we survived. The gods gave us life in the clean air we breathe, the forest, the wild life, the waters and age-old tradition. They protected us…

The beginning of our history with the queen’s men was the genesis of our dark history. The history of how the people turned into witches as they haunt themselves by their wicked proclivities.

We beat the first drums of war and now the situation is beyond us. There’s great sorrow now in the land. Hunger and strive now thrives in the land.

We were ripped off not only by these soulless men but our kinsmen that have now turn us against ourselves on the basis of our diversity, our identity or our gods.

The land is now a garbage dump as our defences are now broken. We had sold what we had cheaply now we can’t even afford them as they are too expensive. No part of the land is spared from this curse. The curse of the gods.

The gods have forsaken us as we did them. The trees, the air, the water… They line up beyond their own kinsmen. Sadly, the consequences of the sins of the fathers have been visited on their innocent generation to come… 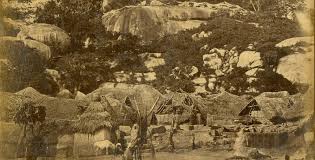 He briefly paused to breathe and then continued.

Rumours hold it that there was an open window of détente before the bridge was completely burnt but the greed amongst the people of the land had already become so pervasive. The people were already too drunken to note that they were on the precipice and heading for their own extinction.

The dark blood of the ancestor spirits was indeed avenged. The blood poisoned the farmlands, the water, the air and the people to their death. 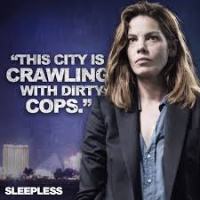 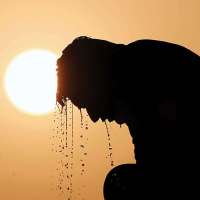 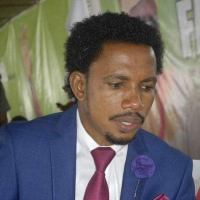