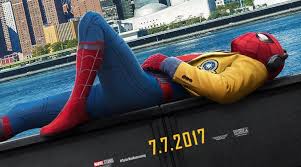 Having announced the buyback of Spiderman from Fox, I was very excited for MARVEL and the Spiderman franchise, you see Spiderman growing up was one of my favourite heroes, asides his witty talkative nature he was just a boy with brains trying to make sense of a new-found power. I could both relate and dream to have his kind of power. Fast forward to Tobey Maguires’ Spiderman, it was amazing to be honest, he never had the witty nature of the Spiderman of the comics but he had Peter Parkers goofyness and nerdy nature. It represented an emotional side of Spidey. After three movies, he was changed to Andrew Garfied who did a fantastic job being Spiderman but not so good job being Peter Parker.

Fast forward once again to after Marvel bought back Spiderman from FOX and the first dilemma was getting someone who could play both the nerdy Peter Parker to perfection and also the overly talkative and witty Spiderman and we got to see a glimpse of that in Captain America’s Civil War, Tom Holland was amazing, He was witty, he was funny, he was genuinely surprised at being with the Avengers and with that short conversation with Captain America “Where are you from kid?” “Brooklyn” Spidy replied; “Queens” came the answer from Captain America. It just increased our expectation of Spiderman and what to expect. It was finally announced, Spiderman: Homecoming on the 7-7-17 and I was more than interested on what it had to offer.

I would start with the actor and acting. Tom Holland killed it, yes he did an amazing job being Spiderman and the way MJ was introduced was amazing, I never saw it coming, you guessed she had a bigger role to play in Spiderman but she just didn’t appear to be MaryJane or MJ till the very end when she introduced herself, that scored the movie a valuable point. The Vulture also was not that bad in the acting with those huge gadgets and all

Storyline: This was a very weak storyline, I was disappointed to say the least, for the first time Marvel did not deliver and I could not believe it. I think the problem was in the fact that there was already Spiderman movies out there, Marvel went for the overkill to usurp those movies but instead produced an underwhelming storyline, complicated to say the least. It started off alright in a way, but did not get the end right at all. Then I wondered seeing Ironman one, two, three times in the movie, I asked myself. Is this an Ironman and Spiderman movie or just Spiderman movie? That did not go down well with me at all. The Technology in the suit was too much, scratch that; It was excessive and unnecessary; unscratch the former. I mean the Spiderman in the comics built his web slingers alone, but his spider sense did the rest which was visibly absent in this movie. He did not need a girl robot talking in his head every time and teaching him things, he learnt them by himself. He was massively treated like an amateur when it came to science and gadgets which was totally far from the mark in the comics.

The suit was nice compared to previous suits though I must give them that, the comic relieve parts; like the interrogation voice (lol amazing), when they were no trees or skyscrapers to sling on and he had to run, that was cute, the fight with the robbers with Avenger masks too was a delight and his friend finding out he was Spiderman and tormenting him with it, gave a good laugh. But once again that did not bring enough thrills to me. Aunt May was way to hyperactive compared to the one we have come to know and love in both comics and earlier movies by FOX.

It is a pretty decent movie but that is all it is, if you ask me, maybe a sequel in the future would improve things. You know what they say about Actors being as good as their Villain, it came to play here, Vulture was not a good villain to bring out the best in Spidey and though the subplot of he being the father of Parker’s girlfriend was beautifully scripted it did not still help the script. 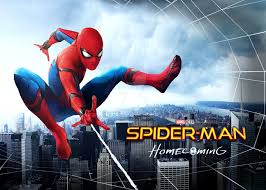 I rate it a two out of a Five…. I initially made it a one but hey I am allowed to be biased just a little. I hope Black Panther makes up for this. #GetSpideyright #spiderman #Marvel.

Have a wonder week people. 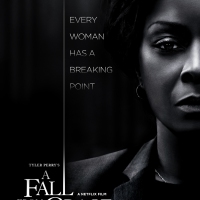